Building and upgrading imported semi-automatic firearms like the AK-47, FN-FAL etc require special attention to federal law or you can find yourself in legal trouble or even jail. Below is information I found on the web and should not be considered legal advice. 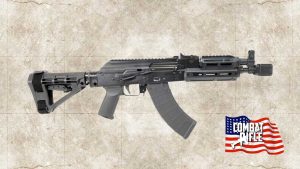 18 U.S.C. 922(r), imposed in 1990, prohibits “assembling from imported parts any semi-automatic rifle or any shotgun which is identical to any rifle or shotgun prohibited from importation.” BATFE`s regulation [178.39, Commerce in Firearms] prohibits using more than 10 “imported parts,” from a list of 20 parts, such as trigger, hammer, barrel, etc. (BATF had proposed prohibiting using more than two imported parts.) The provision was adopted to prohibit restoring modified rifles to pre-law configuration after importation. 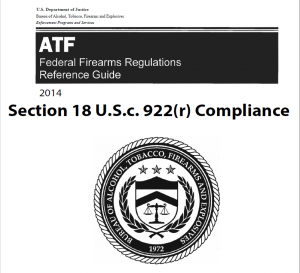 178.39 Assembly of Semiautomatic Rifles or Shotguns.

The 20 items in the list are referred to as “compliance parts”. Obviously, there are many other parts that make up the construction of a firearm such as firing pins, safety levers, and sights, but ATF only considers those listed as the parts associated with compliance.

The law specifically addresses rifles and shotguns imported in a “sporter configuration” such as the Saiga rifles and shotguns, which
function like a semi-automatic version of an AK-47 (but have no muzzle device or pistol grip) and firearms banned from importation under
President George HW Bush’s Executive Order in 1989 such as the FN-FAL or Galil that were imported with “thumb hole stocks” and no muzzle device. Modifying one of these rifles to accept a pistol grip or folding stock means that it must be assembled with the required number of US compliance parts.

The law also applies to building any semi automatic long gun from a parts kit and receiver.

How to determine compliance is up to the manufacturer or importer of the firearm. Some manufacturers look at the list and count the number of foreign parts to make sure it is fewer than 10. This total is different for every firearm. Some firearms, such as the FN FAL or the H&K 91 make use of 17 of these parts, meaning that the builder of the rifle needs 7 US made parts to remain in compliance with 922r. Other firearms such as the Yugoslavian M56 are only composed of 12 of these parts, meaning that the manufacturer or importer needs to use only 2 US made compliance parts. Often a muzzle device is not attached if a US made version cannot be readily obtained.

As the parts of a magazine (body, follower and floor plate) constitute 3 compliance parts, most manufacturers opt to use them to keep the firearm in compliance. However, this can cause a problem if a foreign made magazine is inserted into the rifle because it would increase the count of foreign made parts.

18 USC 922r only pertains to long guns, so handguns are exempt, which has led many importers and manufacturers to offer some of these firearms in a pistol configuration. Such firearms have a shorter barrel and no butt stock and are an effective way of complying with the law without the use of domestic made compliance parts.

There is some confusion as to whether 18 USC 922r pertains to National Firearms Act (NFA) items such as short barreled rifles (SBR) and short barreled shotguns. Converting an Israeli-made Uzi carbine imported prior to 1989 from its original configuration with a 16” barrel to a SBR with a 10” barrel has been acceptable in the past. Assembling the same type of SBR from a parts kit and a receiver has been looked at differently at times, depending on the interpretation of an individual agent or examiner from the Bureau of Alcohol, Tobacco and Firearms (ATF).

This reflects the conflicting nature of the ATF’s Firearms Branch which can appear contradictory at times. The best course of action before
building any such NFA regulated item and remaining in compliance is to verify this information with a written letter to the ATF, beforehand,
and abiding with the written response.