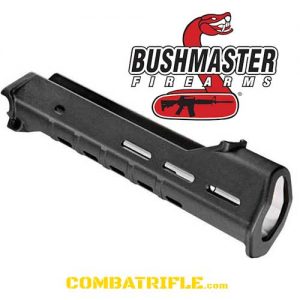 Brownells is now accepting orders for the Black BUSHMASTER ACR HANDGUARD ASSEMBLY F100234. The FDE ACR HANDGUARD has been on the site for a while.
• Made of a high-impact composite polymer, reinforced with a heat shield
• The handguard free-floats the barrel, features superior ergonomic shaping with a small forward lip to prevent the hand from slipping
off the front and the vented slots at the 3–6–9 o’clock positions are sized to accept Magpul® MOE® rail sections
• A single-captured pin anchors the handguard to the trunnion
Black, (F1000234)

If anyone buys installs one of the ACR aftermarket handguards please share a picture or two.