Bushmaster Firearms is Back in Business

Bushmaster Firearms is Back in Business 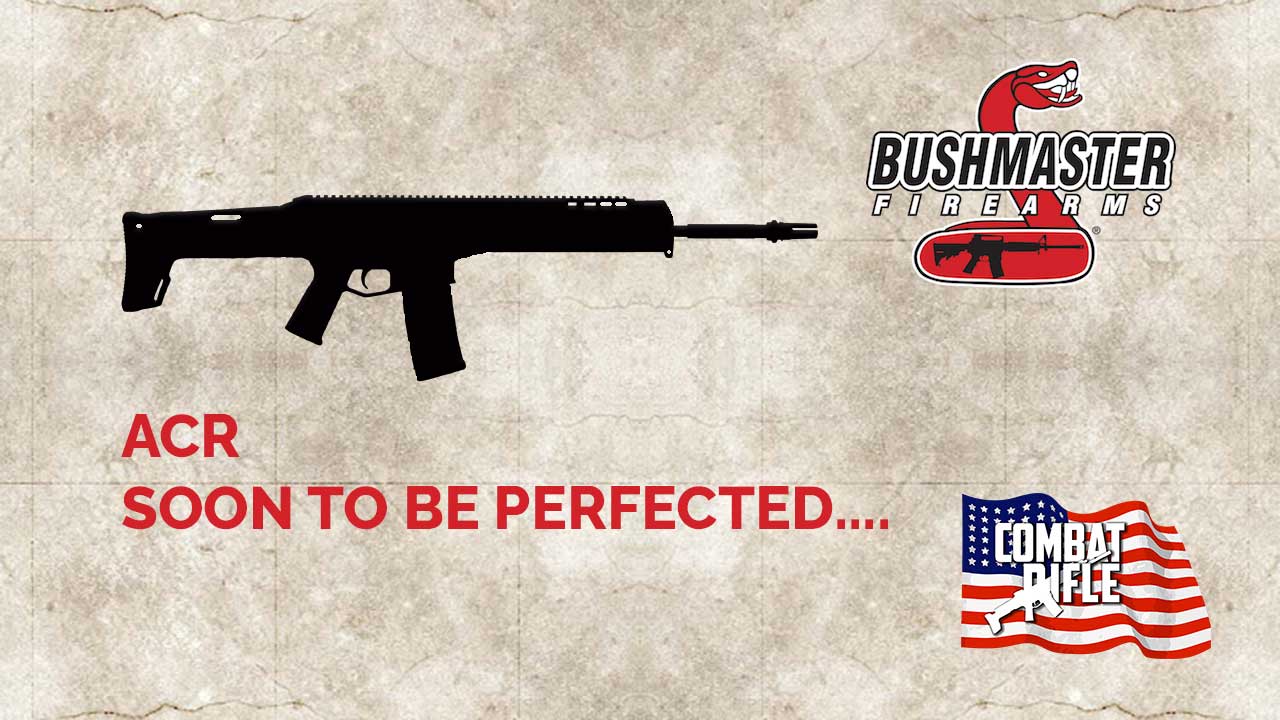 The venerable Bushmaster brand has been a household name in firearms for many years. Today we are proud to announce, that Bushmaster is back!

The preliminary offerings will focus on variants of the XM15-E2S model such as the QRC and M4 Patrolman. We look forward to supporting law enforcement, military markets and reestablishing export sales with these items. In the future, we look forward to producing the ACR and models chambered in 450 Bushmaster.

Bushmaster Firearms is excited to announce our return. We are not an affiliate with any other firearms manufacturing companies. In times to come, our array of products will provide Proven™ perfection to all.

“Bushmaster Firearms is proud to be focusing on quality, American made manufacturing, driven by a long history that Bushmaster™ has accompanied. We will be using innovating and improved engineering, advanced materials, as well as the latest technology. It will always be Bushmaster’s™ mission to push our limits of performance, so that you can push yours.” CEO, Sun Naegele

Bushmaster is a Nevada Corporation focusing on Quality, American Made manufacturing. PROVEN™ through hard use in competition, and in the woods and prairies of America, Bushmaster™ has PROVEN™ itself. Driven by the spirit of innovation that began more than 48 years ago, using improved engineering, manufacturing techniques, and advanced materials, Bushmaster™ continues to enhance our products. Our Consistency, Accuracy, and Quality Driven American Made weapons are critical in our overall success.

From our workhorse of reliability, the XM15-E2S™, to the rapid adaptability of the ACR®, to the ultimate long-range tool, the BM50™, no other manufacturer offers more cutting-edge firearms innovation for America’s competitors, Military, Law Enforcement, Hunters, and Recreational shooters than Bushmaster™. Bushmaster™ proudly defends freedom, as we are Proven™ in the most severe conditions.

It will always be our mission to push the limits of performance so that you can push yours. Last week, Governor Peter Shumlin signed H. 5 into law, officially making Vermont the 41st state to legalize the private possession of suppressors. The new law, which will go into effect on July 2nd, was the culmination of months of education and negotiation, and a great deal of hard work on the part of Rep. Patrick Brennan (R-Chittenden), the American Suppressor Association, the Congressional Sportsmen’s Foundation, and many others.

As you might remember from our earlier post, Rep. Brennan successfully lobbied to have suppressor ownership language inserted into an economic development bill, S. 138.  When the suppressor ownership provision was later removed from that bill in conference committee, Rep. Brennan went right back to work, reaching across the aisle to work with Sen. John Rogers (D-Essex/Orleans), who inserted the provision into H. 5, a hunting bill, on the Senate floor.  Together Rep. Brennan and Sen. Rogers, along with Rep. David Deen (D-Westminster), worked tirelessly to whip votes in favor of the suppressor ownership bill in both the House and Senate.  Their efforts paid off, and H.5 passed both the Senate and the House with overwhelming majorities.

As part of the negotiation, the use of suppressors will be restricted to “sport shooting ranges”, which are defined in 10 V.S.A. § 5227(a). Next year, we will be back to remove this restriction, and to legalize their use while hunting.

There are many benefits to using a suppressor, including:

The American Suppressor Association would like to thank all the legislators who worked hard to secure suppressor rights in Vermont, but special gratitude is owed to Rep. Brennan.  Rep. Brennan worked vigorously throughout the session for our suppressor rights, not only by drafting the language that would make them legal, but also by making sure the language was attached to no fewer than three bills before finally being approved. The ASA would also like to thank the Congressional Sportsmen’s Foundation and the National Rifle Association for their support on this issue. We would finally like to thank Gov. Shumlin for signing H. 5 into law.