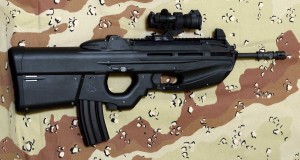 To get a better understanding of the FNH FS2000 heres the Wikipedia history of the F2000, the military version of the FS2000. The F2000 is a modular weapon system; its main component is a compact 5.56 mm caliber assault rifle configured in a bullpup layout. This selective fire weapon is a gas-operated design utilizing a short-stroke piston system driven by propellant gases diverted into the hollow gas cylinder through a port in the barrel; it fires from a closed bolt position. The weapon is locked with a rotary bolt which features 7 radial locking lugs, a spring-powered extractor and ejector. The chamber, bolt, and ejector mechanisms can be accessed by flipping up a hinged cover in the receiver, behind the sight housing.

The weapon consists of two main assemblies: the barrel and the receiver, joined together with a latch, located above the oversized trigger guard. The barrel group is integrated with a MIL-STD-1913 Picatinny rail used to mount optical sights. The receiver housing contains the trigger group, the bolt and bolt carrier assembly, return mechanism and magazine well. A removable handguard is installed in front of the trigger which completes and encloses the trigger guard. The forward handguard can be removed to equip a variety of tactical accessories; the manufacturer offers handguard pieces with built-in laser sights, halogen tactical lights, a 40 mm grenade launcher module, shotgun, less-lethal launcher or a triple Picatinny rail forend.

The F2000 is hammer-fired and has a trigger mechanism with a fire selector unit borrowed from the P90 submachine gun; the selector toggle is a rotating disc located under the trigger. The fire selector doubles as the weapon’s manual safety and secures the firearm against accidental discharge (the selector/safety disc has 3 settings: “S” – safe, “1” – semi-automatic mode, “A” – fully automatic fire). The “safe” setting disables the trigger. Many of the internal components including the hammer and sear are made of polymer.

The F2000 uses a unique ejection system, ejecting spent cartridge casings forward and to the right side of the weapon – through a tube running alongside the barrel. This method of ejection provides for fully ambidextrous operation; the rifle can be used without any modification by both right and left-handed shooters. This ejection pattern was achieved by using a swiveling polymer tray, which receives the empty casing from the bolt face immediately after disengaging from the extractor. As the empty casing is extracted it is held while the rocker assembly tilts to lift it above and clear of the feed path as the next round is stripped from the magazine by the bolt head. The casing is fed into the tray located in a cavity in the receiver wall, which then pivots the cartridge case and directs it into a chute (above the barrel); the case is discarded from the tilting tray by being impacted by a pin on the moving bolt carrier upon its forward return. Only when the ejection tube contains more than five cases is the first of them ejected forward through a port just behind and to the right of the muzzle. This system is patent protected (patent number 5675924 dated 14 October 1997 by René Predazzer and patent 6389725 from February 25 2000, author – Charles Denuit).[2] The ambidexterity provided by forward ejection is its most obvious benefit, and removes many of the tactical and user difficulties (such as lack of ambidexterity, inability to shoot around corners, and gas and debris released in close proximity to the shooters face) that bullpup designs usually create.

The F2000 is fed from standard NATO (STANAG 4179) box magazines with a 30-round cartridge capacity using 5.56x45mm ammunition. The magazine catch button was installed symmetrically in the pistol grip, in front of the magazine; the magazine catch is operated by an oversize actuator used when wearing NBC gloves. The F2000 is not configured from the factory to have a drop-free magazine system due to the friction from the removable dust gaskets. The magazine needs to be pulled out manually. It should also be noted that the rifle does not have a hold-open device; the bolt does not stay back after the last round is fired. The cocking handle is placed on the left side of the receiver, just above the handguard, and can be easily operated by left-handed shooters. There are no access points for the possible ingress of dirt or debris; the cocking handle slot is sealed.

The rifle’s hammer-forged steel barrel has a flash suppressor with an angled cut at the tip which directs the muzzle blast upward, compensating for muzzle rise. The F2000 has an optional bayonet lug mounted near the muzzle, and an adjustable gas regulator with two settings: “normal” for standard ammunition meeting NATO specifications, and “adverse” – used to send an increased volume of gas into the system to ensure proper functioning when fouled or when using low pressure ammunition. The weapon’s primary sight is a telescopic sight with a fixed 1.6x magnification (the reticle also enables use in low-light conditions) contained in a plastic housing above the receiver (mounted on the MIL-STD-1913 rail), the secondary sight is a non-adjustable fixed notch and front blade, molded into the optical sight housing cover. The sight cover and sight module can be quickly removed to reveal the Picatinny rail.

One of the modules developed for the F2000 system is a proprietary lightweight 40 mm under-slung GL1 grenade launcher (empty weight – 1 kg) that uses standard low-velocity 40x46mm grenades. The launcher is a single-shot breech-loaded pump-action weapon with a barrel that slides forward for loading and unloading (like the M203 grenade launcher), locked by axial rotation of the barrel. The weapon’s trigger was installed directly under the F2000’s trigger so that it can be manipulated without removing the shooting hand from the rifle’s pistol grip. The breech release button is found on the left side of the launcher body, like on the M203. The grenade launcher barrel length is 230 mm (9.1 in). The grenade launcher comes with a basic flip-up ladder sight, but it was intended to be used with a specially-designed optoelectronic fire control system designated FCS, developed in cooperation with the Finnish company Noptel.

The aiming module is installed in place of the standard optical sight and becomes the weapon’s primary sight when mounted, but its main purpose is to accurately determine and indicate the range of a grenade target. The module is powered by a 9 V battery pack, installed in the stock, behind the magazine well. The power pack is also intended to power any other tactical accessories or systems that could be introduced. The FCS integrates a low-power laser rangefinder (precise to within +/- 1 m), a day-time aiming channel with an electronically projected reticle, a measured range display reading and a diode elevation adjustment indicator. The fire control system calculates a firing solution manifested by the barrel’s angle of elevation using target range information from the laser rangefinder (the rangefinder is activated by pushing a button on the pistol grip, below the trigger), corrected manually by the shooter through a push-button interface (add/subtract buttons) on the FCS top cover to take account for head or tail winds that could affect the desired range. The F2000 FCS also contains software with the ballistic properties of up to six types of 40 mm grenades and can be reprogrammed to take advantage of future munition improvements.

After obtaining a range measurement, the distance to the target is displayed on a liquid crystal screen and the elevation diode flashes red. Once a correct elevation has been achieved by tilting the rifle, the diode changes color to green indicating the weapon is ready to fire. A further three signaling diodes have been installed on the top of the FCS unit, enabling accurate firing from the hip. The fire control computer makes firing regular grenades accurately much easier, though it cannot launch smart grenades. There is an Israeli system that uses the M203 and a computerized sight to fire 40 mm air burst grenades. Neither of these should be confused with the 20 mm and 25 mm grenades of the US OICW program. The FCS is under continuous development and newer versions differ somewhat from the original concept.

A 3-shot grenade launcher is also being developed for the weapon (in 40 mm). The rifle can also be adapted for police operations by using under-slung modules with a 12-gauge 5-shot shotgun or a 12-gauge less-lethal XM303 pneumatic shotgun. A module with a 20 mm grenade launcher is also planned (using 20x28mm ammunition from the OICW program) with an integrated FCS unit.

The F2000 Tactical railed variant is similar to the standard model, but it lacks the optical sight, and comes instead with an extended top receiver MIL-STD-1913 rail with flip-up iron sights.

The FS2000 is a civilian-legal, semi-automatic version of the F2000 that first became available in June 2006. The FS2000 Tactical model is equipped with an extended barrel with a permanently attached flash suppressor and a 1:7 in right hand twist rifling rate; the bayonet lug was not included on the FS2000 rifles. The lower hand guard can be removed in the same manner as the F2000 to accept the same variety of accessories. It comes with a Picatinny rail optic rail along with backup iron sights. The rear flip-up National Match-sized aperture is adjustable for windage, while the removable front sight is adjustable for elevation. A small number of the early models featured a stepped barrel contour as well as a demilled bayonet lug. A measurement of the stepped barrel’s rifling was as long as the non-stepped barrel, revealing that the stepped barrel is not simply a shorter F2000 military barrel with an extended flash hider.

A new variant of the FS2000, called the FS2000 Standard, is equipped with the factory F2000 1.6x magnification optic and sight cover. It does not contain the grenade launcher computer. The FS2000 Standard arrived in the US civilian market in December 2007 .

Being the type of person who needs to see things with his own eyes I ordered a box of the Cor Bon 62gr DPX DPX22362/20 from Brownells. I want to see how my results compare with the results that appeared in the Jan 2009 issue of “Guns Magazine” mentioned above. 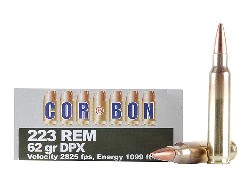 The FS2000 is a fairly uncommon firearm and spare parts aren’t going to be found as easily as say an AR15 or M1A. I believe that its good practice to purchase a few spares before you need them. It appears the part most prone to breakage is the part referred to as the “Switch”. The switch isn’t broken during use but instead its broken when the operator is servicing the weapon. 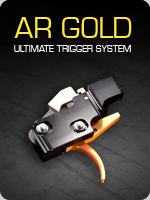