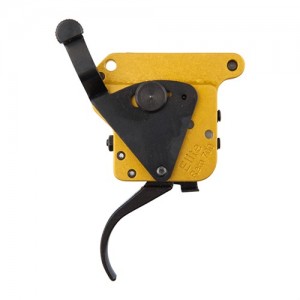 The first step to an accurate firearm is a good trigger. Many Bolt Action Rifle shooters often feel that their factory trigger is “Good Enough” and they move onto attempting to improve accuracy by replacing stocks, pillar bedding the stock, lapping their bores and or replacing barrels etc. Time and money not well spent.

Replacing the trigger is the single biggest improvement you can make to any factory firearm including the Remington 700. I learned this lesson early on. I purchased a Remington 700 Varmint Rifle in 22-250. The gun was plenty accurate if it was a deer gun but the 22-250 is varmint caliber intended for small targets at long ranges. It needed to shoot better. One day at the office an old timer Dave “Mac” McDonnel says to me you need to put a Jewell Trigger in that thing, then you’ll see how well it can shoot. I went home that night in began searching my trusty old Brownells catalog for the Jewell Trigger for my Remington 700. There it was and so was my sticker shock. The trigger cost one third of the price I paid for the rifle. I decided what the heck and ordered it anyhow.

A week or two later my Jewell Remington 700 Trigger arrived. I spent an evening installing and adjusting the trigger. Wasn’t difficult, just an unfamiliar process. A few weeks later I headed to Vermont to visit my best friend. He had a tract of land that stretched as far as the eye can see so we could shoot without any distance limitations. We sighted in at 100 yards.

The results were astounding. I could make one hole 5 shop groups with consistency. It was not even a challenge. We then set our sights on his garden slightly to the right of a target. We found we could should the cherry tomatoes off the plants with success in the high 90 percent. After that we moved to the tract of land. We were shooting oil cans and such at 100’s of yards reliably. I was quite pleased. That was the mid 1990’s. From that point on just about every firearm I have purchased has ended up with a replacement trigger and or a trip to a professional gunsmith.

Below is a list of companies who produce or offer Remington 700 Triggers. Some companies even in 2015 do not have websites.