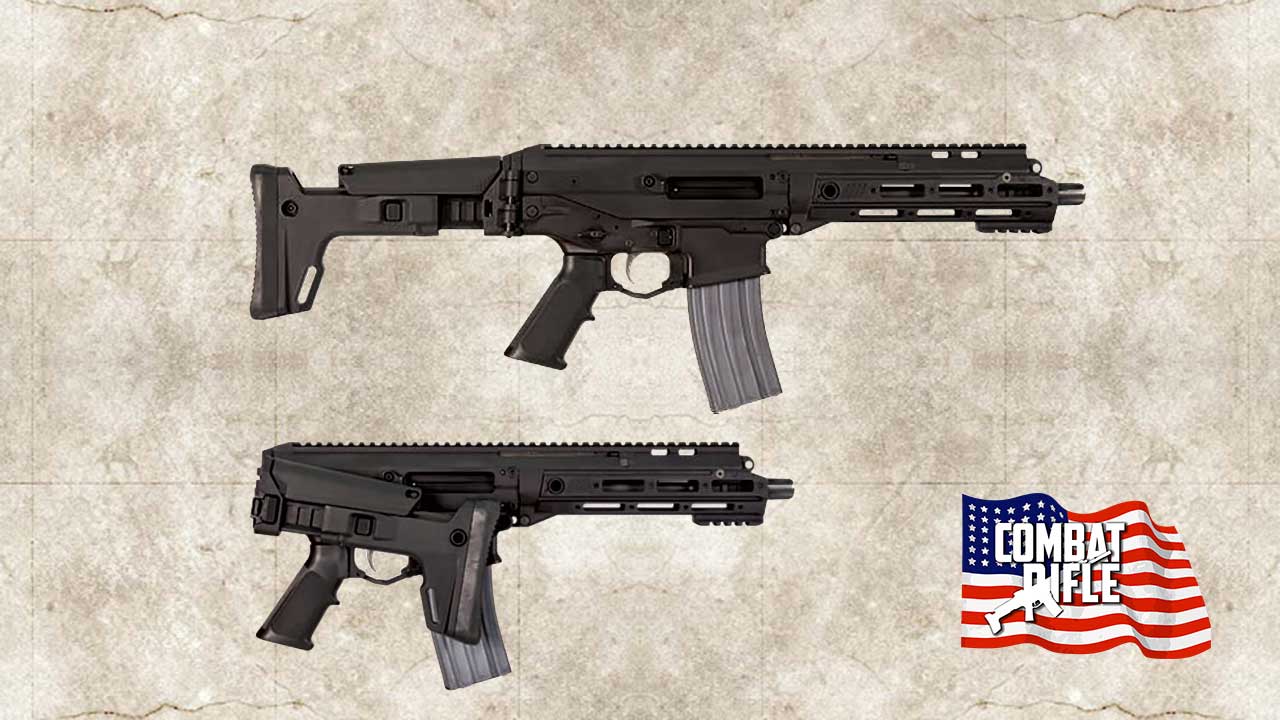 The fully modular Remington Adaptive Combat Rifle (ACR) was conceived as the ultimate configurable platform. Driven by its superbly reliable gas-piston system, the ACR converts from a close-quarters battle rifle to a designated marksman configuration in minutes.

Ultra-compact 19.75″ length with stock folded allows the Remington ACR PDW unmatched concealability while optimizing barrel length at 9″ for maximized energy on target out of a small package.

The full-length Picatinny rail on the monolithic upper receiver, and user-configurable rail sections on the forend allow the operator to securely mount any combination of accessories that the mission demands, providing maximum versatility with a very smooth profile.

Removable 6-position positive-stop adjustable stock with a length of pull from 11″-14″ rubber butt-pad.

Forward-mounted charging handle can be switched within seconds from left to right side of the upper receiver and is non-reciprocating during firing.

Accepts all M16 series magazines to include Magpul PMAG®.